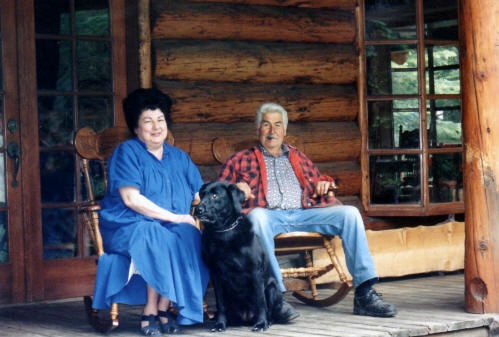 When Tony and Mabeth Grout started their upholstering business in 1953, they probably didn't realize that half a century later, they would be the owners of one of the largest and most successful privately owned furniture stores on the West Coast. Tony designed the sofas and then would build the frame from lumber that he milled from trees he harvested. He hand-tied the upholstery springs and both he and his wife, Mabeth did the sewing. One of the greatest joys to this day, is to run into someone that says, "I bought furniture from them, when they were selling furniture from their home on the Island!"

In 1957, Sherry, their daughter was born. She joined her mom and dad in the family business, looking on as a toddler and then at an early age, she began to be active in every aspect of the business. The family worked hard and long hours but they smile now when looking back on those early days.

Their hard work was rewarded as word got out and it soon became apparent there was a greater demand for their quality furniture than the family could produce. They began working with local manufacturers developing products to build and sell in their home. Their only advertising was a small classified ad, and when the calls came in, the approach was relaxed and comfortable. Mabeth would give directions to the house and customers were so pleased with their find, that they would tell their friends. The slogan, "Most People Consider Us Quite a Find", came about from those comments. The business continued to grow, and at one point, the house was so stuffed with furniture that it was difficult to get around. Furniture filled every room, lining the walls and spilling out into the foyer. When the house became too small to accommodate the huge amount of business they were doing, the Grouts moved it all to a charming old brick warehouse, in Tacoma and called it "Off Center". Word of mouth, hand bills, and parked trucks with "Sale Today" signs attached, were their only advertising. Once again, business was booming and growing beyond belief.

During 1979, Tony and Mabeth took their first vacation in 26 years and went to Hawaii. While they were gone, Sherry, their daughter, surprised them by completely moving and reorganizing the warehouse. Also, while they were in Hawaii, they toured model homes and discovered that they would like to furnish their own model home. They did, and it proved to be a very successful venture. 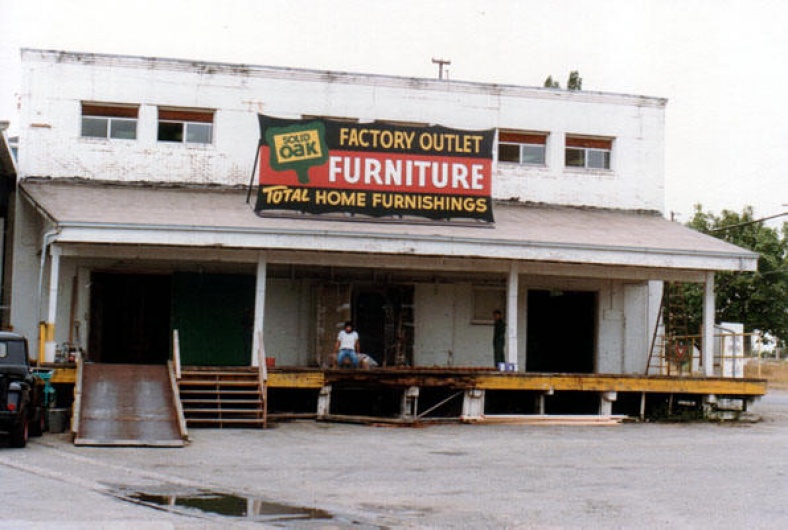 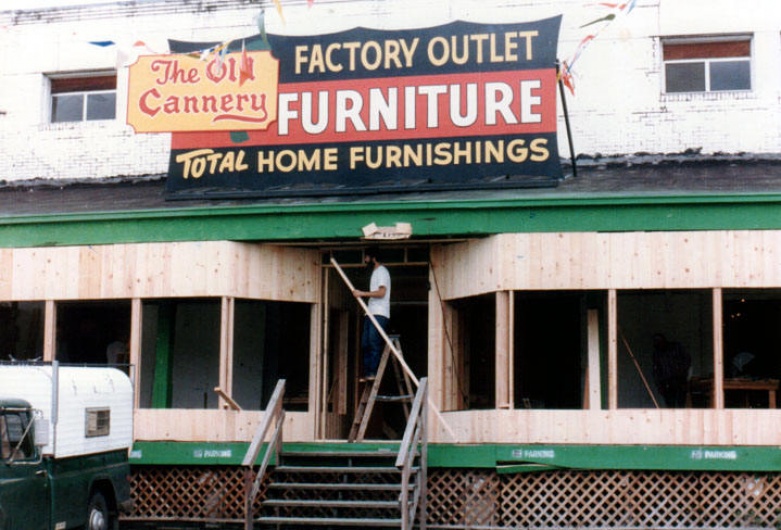 In 1984, The Old Cannery Furniture Warehouse was started in a turn of the century brick building. "We've had a lot of older people come in and tell us they used to work here," said Tony. He said he can remember his family going to Yakima for peaches and bringing them back to the Sumner Cannery for processing when he was a child. Those memories may play a role in his desire to build upon the existing Cannery's roots, and his fondness for the history of the Cannery is displayed in the mural he commissioned on the store's Valley Avenue side. Paul Cislo, the artist who painted three other murals in town, portrayed the Cannery in days gone by, complete with three dimensional characters bringing in produce for canning.

These days, Mabeth is retired yet she continues to contribute to the many ideas that go into our special events. Sherry oversees every aspect of the business as the General Manager, and never stops thinking of ways to make the store a fun place to shop. The Old Cannery employs about 100 people. The staff is all treated like family and have a lot of fun (that's a requirement). People tell us that they like The Old Cannery because of the homey atmosphere, quality, variety and value. 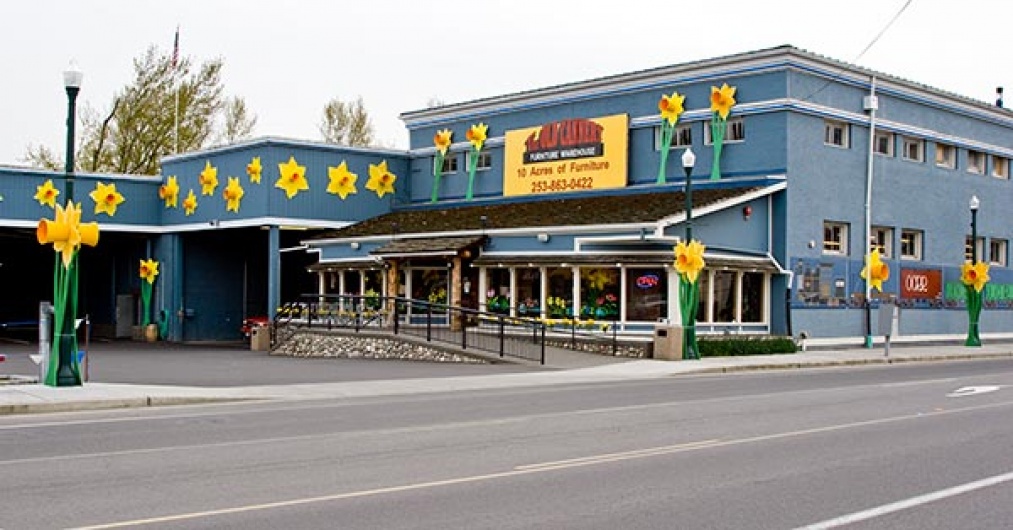 We stay very active in the community. Our manufacturers and their representatives have helped us with fund raisers for families in need. One fund raiser was for a little boy who had leukemia. All of our employees get involved and our manufacturers have been very generous with their donations. We either donate the proceeds from the sale of an item or give the actual piece of furniture to the family in need. We also raise money and have food and blanket drives. In years past  the local firefighters raised money by parking their fire truck at our store and held out their boots, collecting over $900 for the needy.

Recently we have participated in supporting groups that have extended help to flood victims in Centralia sending over $80,000.00 in furniture to the needy and supporting the local food banks and charitable organizations that help people year round. We provide storage space and sponsor NW Furniture Bank with donations of furniture, so they can help victims of domestic abuse, people suffering loss from fire and natural disasters, and especially families coming from transitional housing who are trying to rebuild their lives. We sponsor the Mount Rainier Strong Man Contest every year at our store in support of the research for Fragile X (Fragile X is the most common inherited cause of mental impairment and the most common known cause of autism) sending FRAXA needed money to help in the research to find answers for the children and adults that are affected.